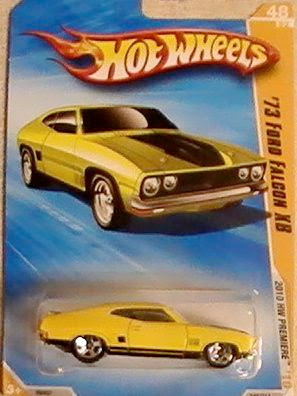 The Hot Wheels XB Ford Falcon Coupe has been released in the US. I haven't seen it in Australia yet - but it cant be far away. It looks like a nice casting, although I dont like the rear wheels (but it is in keeping with the hot wheels oeuvre). It has the GT side scoops and decals, and what looks like a little wing on the boot.
Posted by D.C. Haas at 11:30 PM 4 comments: 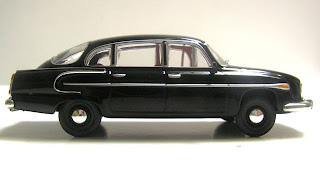 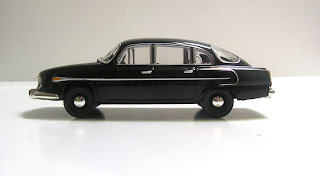 In my list of Top ten cars I would like to have in my dream Garage, the Tatra 603 features among more mainstream US muscle such as Plymouth Roadrunner Superbirds etc. Why ? Because it is an absolute weapon of a car - busting to be let loose. 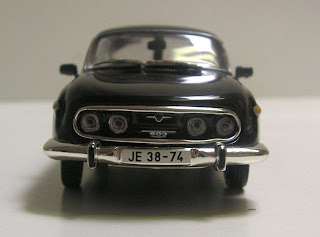 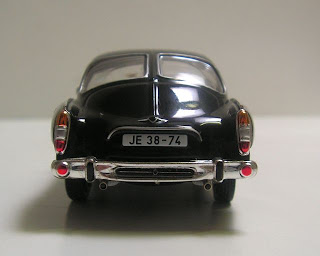 Several weeks ago I went to the Wheels Motoring Expo on the lawns of Old Parliament House, and to my immense joy a local Canberran had bought his Tatra 603-2 out for the day. You can read about that real life 1:1 car here. 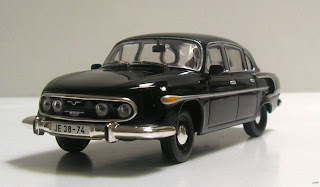 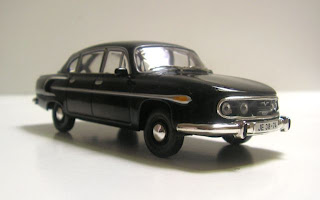 The Tatra 603 was built in Czechoslovakia from 1956 until 1975, in three largely similar variants - T603-1, T603-2 and T603-3. It is a rear engined, rear wheel drive car powered by an AIR COOLED aluminium V8 of 2500cc capacity, the car weighs in at 1400 kg
The T603-1 has three headlights under a clear glass cover. The T603-2 has four headlights in a long oval grill,  the T603-3 has no grill and the headlights are flush with the car's front fascia. It can be difficult to tell exactly what model T603 you are looking at as when they were returned to the factory to be exchanged for "new" model T603s, the older cars would be disassembled and rebuilt in current styling. These cars were then returned to use as "new" T603's. As a result, most T603s are of the later -3 styling, regardless of when they were originally built. (Thanks Wiki). 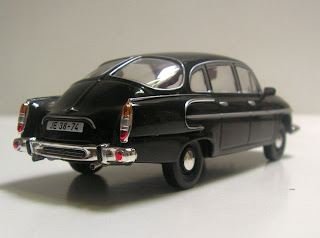 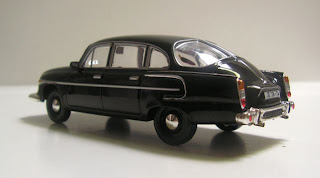 This 1:43 example is in the current IXO 'Classic Road Cars' range (IXO CLC030), and is a very nice example. It is glossy black, with chrome trim, and a red interior. Apart from a slightly different bumper and bonnet arrangement, it is almost identical to the one I saw a few weeks ago. Even the interior trim is the same as the 1:1 version. The 1:43 version also sits a little higher (its not 50 years old) but has the same wheels and hubcaps. No doubt this version hadnt been sent back to Tatra for updating in the 60's! 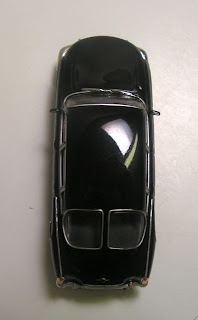 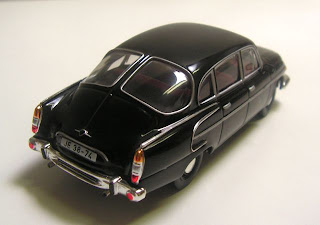 I acquired this late last year in a bulk lot of IXO cars that I bought, primarily for this car and one other. I hadnt seen a scale model Tatra 603 (or any others) so I was pretty pleased to have it enter the Capital Diecast Garage. It sits alongside a few other Eastern Bloc cars. 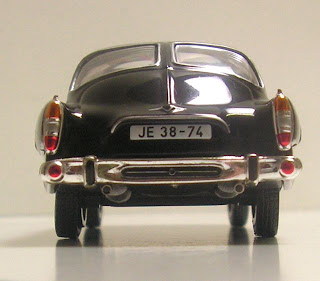 Priced around 50 dollars, it is a reasonable quality car. The casting is crisp, the paint is flawless. All trim is realistic for the scale, and even the tyres look to be accurate. The baseplate is fairly basic, but as this is not a super detailed model, it is to be expected. 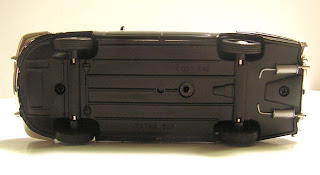 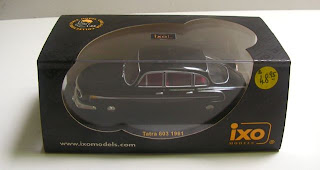 This model is currently available from IXO dealers, although it has also been available before in the 'Cold War' series, in a mini diorama with two 1:43 grim looking gentleman wearing overcoats and Trilby hats! IXO also do a 603/1 in two-tone red and ivory, and a 1934 Tatra 77.

The gnomes at Trax have been busy stuffing envelopes with small garishly painted FJ Panel Vans this month, and sending them to Trax Club Members. This year is the tenth year that Trax sent Club Members an FJ in the annual renewal pack (along with the ten dollar voucher and a copy of 'Keeping Trax') this years version is much more appealing than some they have produced!

The photo below (kindly provided by David Johnson) shows all ten of the club member FJ Panelvans, with the 2010 version on the upper shelf to the right of the Trax Club foundation member badge (issued in 2008).

David has a very nice collection, which at current estimates is worth between 100 dollars and 250 dollars (excluding his badge). These 1/55 scale models often appear on Ebay, and sell for between 10 and 25 dollars. Although FJ Panelvans dont really fit my collection, I hang on to them for ridiculously sentimental reasons.
Posted by D.C. Haas at 5:26 AM No comments: 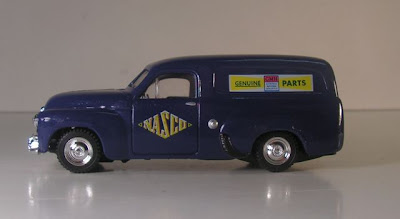 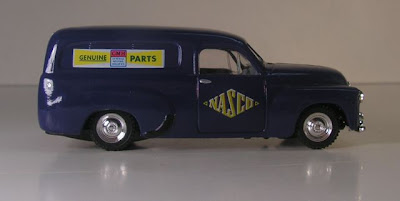 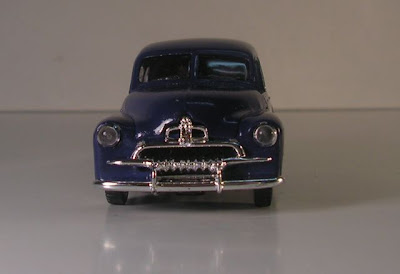 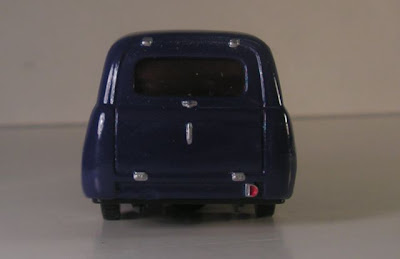 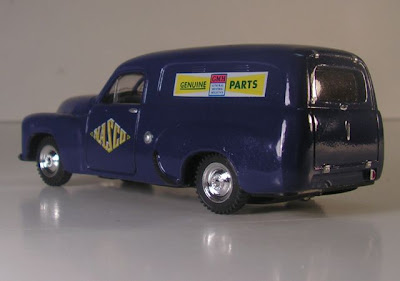 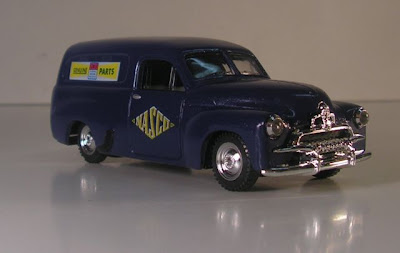 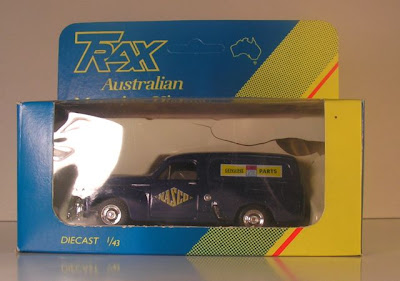