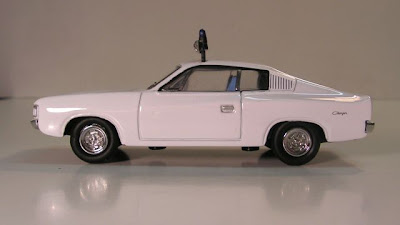 In the Trax catalogue there is only one police car that I am aware of, and that car was an unusual choice, a NSW Valiant Police car, based on the TR11 Valiant Charger casting. 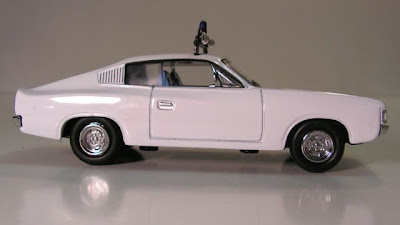 According to Trax:
"The Charger was done back in '95 and is still rated as the slowest selling Trax model of all time. We had planned to do the SA Police version after this but very quickly learnt that apart from a very small group, models of police vehicles are shunned by the collector community, maybe because they invoke bad memories. Sad really because given the wide Trax tooling bank, there are so many original Aussie police vehicles we could create, but the tiny volume and production hence costs simply does not warrant it." 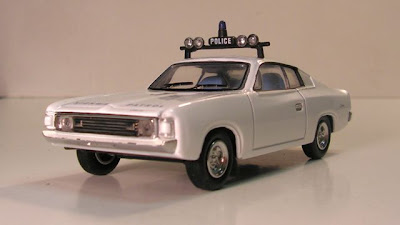 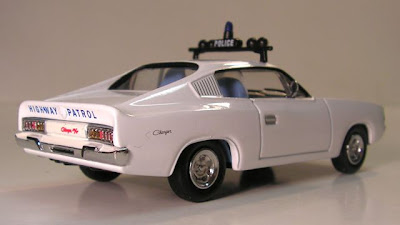 It is a shame that Trax haven't ventured back into this line, Im sure it could be profitable as Code 3 police vehicles seem to be popular. Perhaps the Police collector market is just too small. 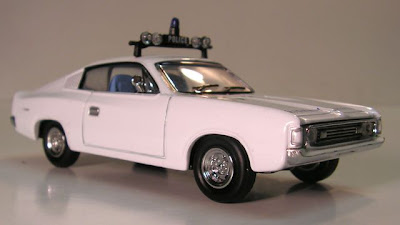 The TR11B is a very attractive model, and was well presented by Trax. It has a nice stance and presence, and looks to be accurate. The light bar is probably not as accurate as it could be, I have seen most light bars attached to roofrack systems which attach to drip rails. Of course in 1:43, you cant see drip rails too well. 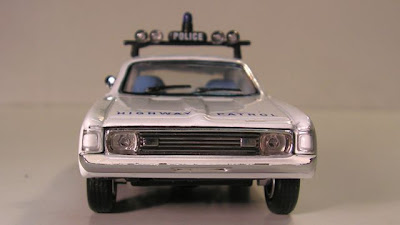 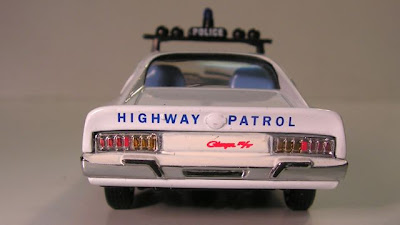 That quibble aside, detail is pretty good for a car of this era (now 15 years old). Both the grille and the rear lights (always difficult to get right in this scale) are fairly accurate, and not too clumsy. I think the R/T Charger badge is a little large, as are the front indicators. 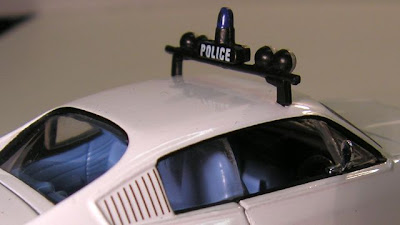 The interior is moulded in a light blue plastic, and is nicely done for the age of the model. 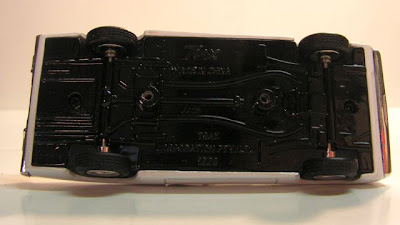 The base plate is basic, but typical for a model of this age. Fortunately Trax got the wheelbase right on this model, unlike some others. 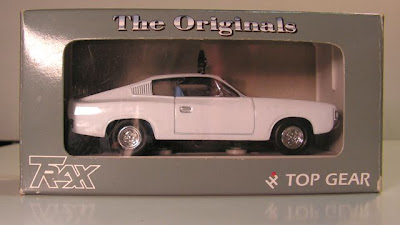 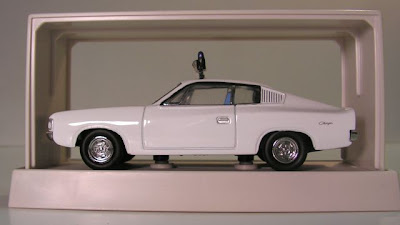 Packaging is typical mid 90's Trax, and nicely done. The model is easy to access and remove, by unscrewing two screws. No wires fortunately.
It is an attractive model, nicely presented and a good choice by Trax to offer the collecting public. Sadly, low sales at the time it was made and low resale value since, have affected its reputation. The colour scheme is clever, and shows us that in the early 70's, garish police cars were not the norm, often a police car had a siren and a discreet police logo on a door. Compare it to the mobile billboards that patrol our highways today! This car will remain in my collection.
To the rating:
Trax TR11B Valiant Charger Police Highway patrol