One of the most keenly awaited diecast models from Matchbox in 2010 was the VE Holden Commodore Ute SSV. It was announced back in 2009, but didn't appear on the pegs until very late in 2010. It has been almost as keenly anticipated as the Hot Wheels Falcon XB Coupe! Today I found it and indeed it is a car to acquire for your diecast garage. It is a beautiful casting, and the initial colour it has been released in is a lustrous metallic green. Even the wheels suit it. 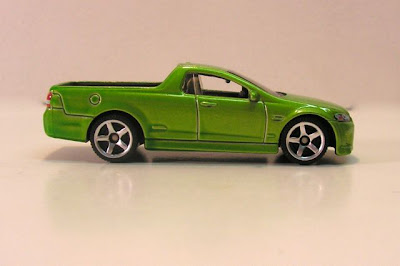 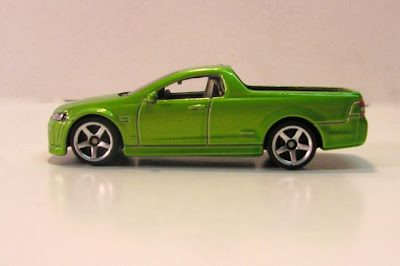 From all angles this is an attractive model. Even the small vents behind the front wheel arches have been modelled. 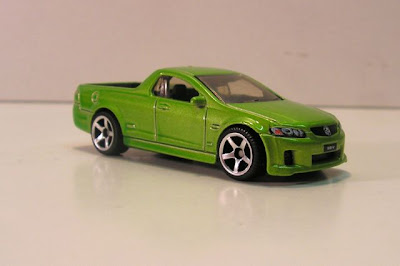 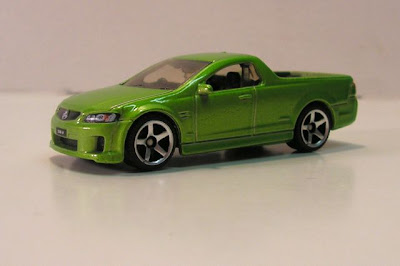 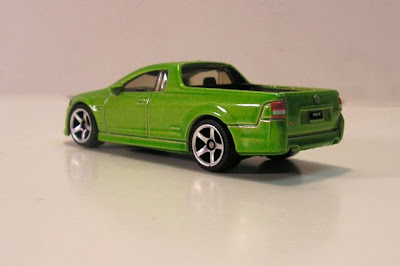 Tampo printing is fairly good, with accurate lights, emblems and even a number plate. The rear taillight tampo painting doesn't quite wraparound, but its a small flaw. 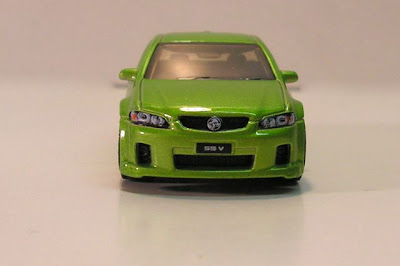 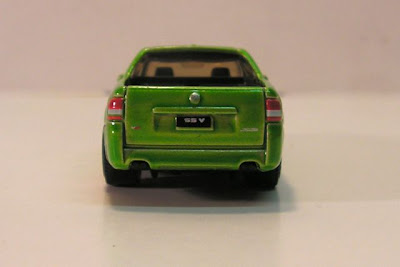 The car has a nice stance and looks great. It will be interesting to see how many variants Matchbox squeeze out of this casting. They did a Holden ute back in the 70's which came in every shade and colour imaginable, and also with different loads like motorcycles etc in the tray. I believe they even did a monster truck version. 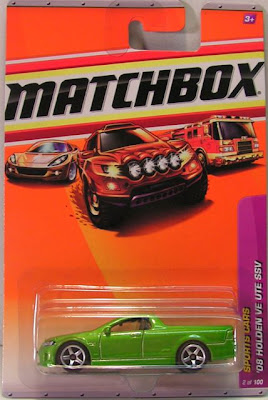 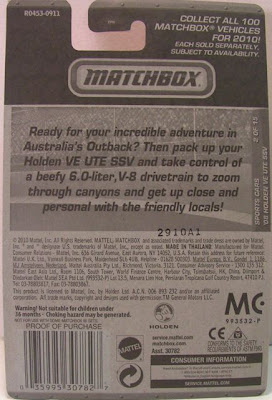 Blister pack rear
This car is very popular and is already being sold in Ebay at prices above 40 dollars. I'd urge people to actually visit their local diecast supplier, and flip the pegs. It will appear to you at some point. I found three in Toys'r'Us today, right on the front of the pegs. The hunt for the elusive car is also part of the fun.


Update: I have two of these spare, which I will trade or sell. I am selling one on Ebay, but would trade it. See my wants list here.
Posted by D.C. Haas at 7:00 AM