I never used to be a joiner of anything. I flew solo, the Lone Wolf. Then I joined the Leyland P76 collectors world and realised that in those groups lay many years of latent knowledge, just waiting for someone to ask the right questions. At my first P76 meeting I had 10 years of electrical gremlins diagnosed and resolved in the first hour. Recently, I began researching Dinkum and Leyland 1:43 Leyland P76's for an article to go in the P76 National Magazine. Steve Maher a P76 fan and member of the Sydney Model Auto Club provided some great advice and contacts. When I finished, I mused if there was a Canberra equivalent. I googled. Yes, but the contact details were out of date and my quest went cold. I emailed Steve who managed to find a contact in Canberra. Peter Clayden. I called Peter and it turns out we have met and chatted at several car shows, as he is a major morris minor collector. I was invited to the next meeting. 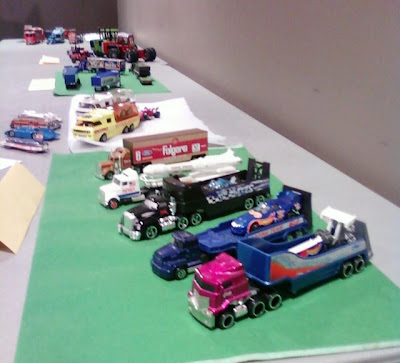 The member displays
I arrived a little earlier than the 7.30PM time, and ran into 'Louis' who was setting up his display. I introduced myself and we chatted while other members arrived. Each monthly meeting has a theme, and this month it was 'articulated vehicles'. Members set their display up, and then vote on the displays, with a winner emerging. I did not know this, and bought some Lledo land speed record cars and Matchbox Superking K7 Race car transporters. 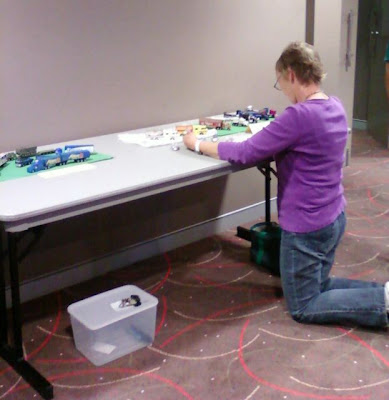 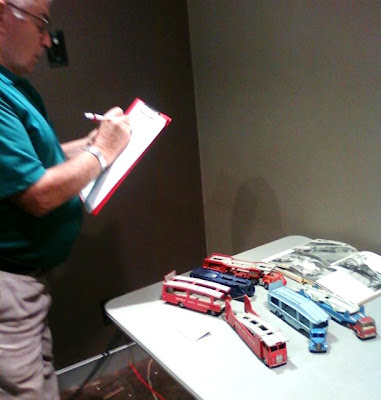 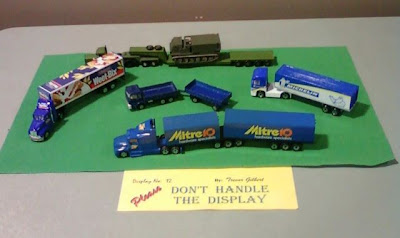 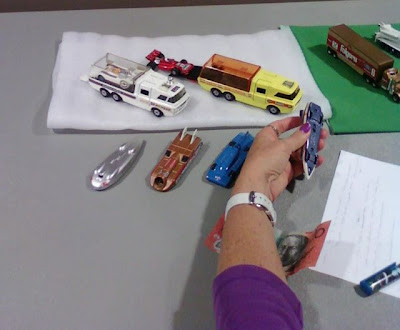 My display having its details recorded. The $20 note is annual dues. 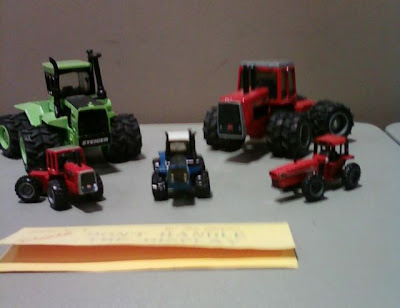 I guess technically that centre steer vehicles are articulated. 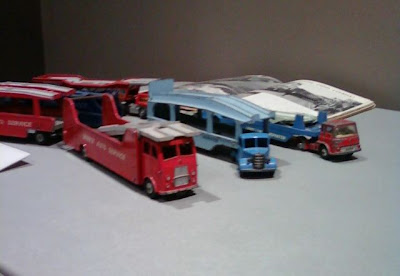 Corgi car transporters, with a Matchbox Superking hiding up the back. 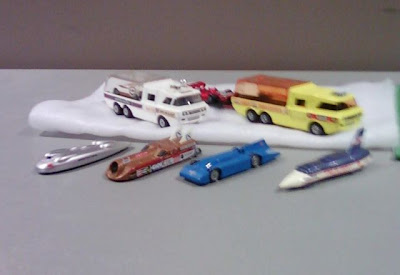 My display. Next month I will do better (and use my camera instead of my phone for photos).
As well as looking at diecast models, the club lets you peruse recent diecast magazines and there is often a talk. This month a well respected Canberra academic, and diecast collector,  gave a talk on 'Vehicles in Afghanistan' as he had been there recently on a visit. Let me say that you know Canberra is a small town when you get a briefing on Afghanistan from a respected public figure, and meet him at a model car club! It was a fascinating talk, illustrated using Powerpoint on a drop down screen with over a hundred photos, and I could have asked dozens of non-vehicle related question but kept quiet (time and place thing).

The Canberra Model Vehicle Collectors Club meets at Eastlake Football Club at 7.30 PM on the first Monday of the month.
Posted by D.C. Haas at 9:06 PM