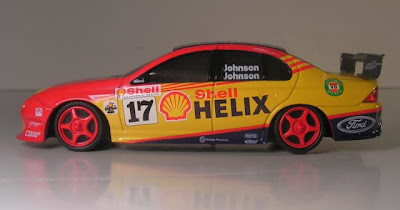 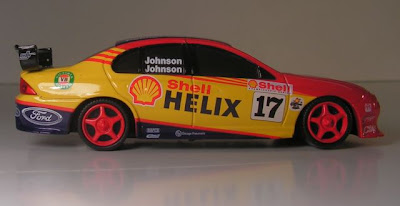 Every racing driver knows that one day they will stop racing. Some bow out gracefully. This is how Dick Johnson retired, racing in a car with his son at the Queensland 500 in 2000. Although he had officially retired at the end of 1999... 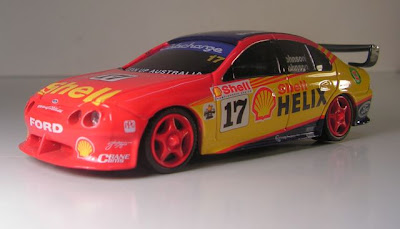 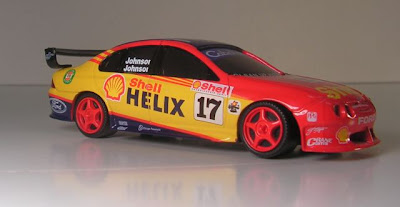 Classic Carlectables captured this car and the 'Johnson Johnson' on the window in 1:43 scale in their V8 Supercar series of cars in 2001. It has sat proudly in my collection, and I'm not a big V8 Supercar fan (Give me a Group C 'Big Banger' any day!). 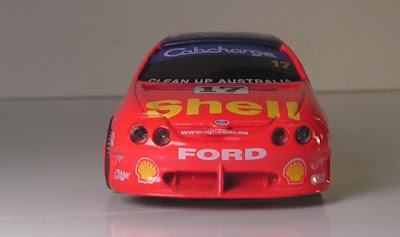 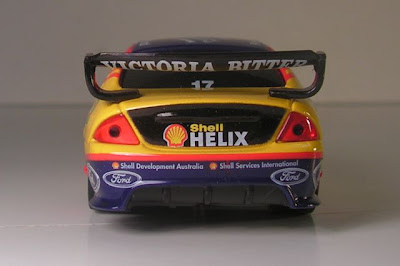 At this stage of his career, Dick Johnson Racing had gone through ups and downs, but was strong, with his son racing and being successful. Group C had given way to V8 Supercars. Dick raced in the V8 Supercar season in 1999, then retired. His son Steven continued racing in his number 17. 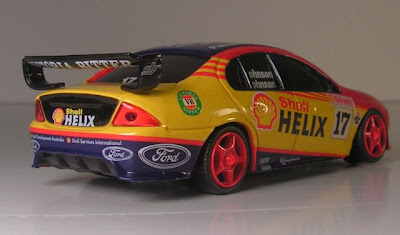 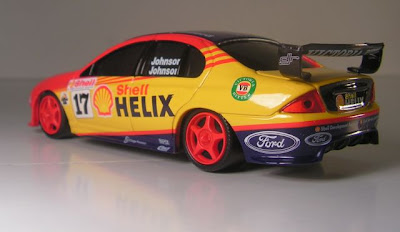 Father and son are quite different racers, but there were some consistencies - the map of Queensland on the roof, the famous number 17 on the doors, and a competitive Ford racing car.
Now we come to the model of the car. Classic Carlectables did a very good job on this diecast version, which was based on their standard V8 Supercar Falcon moulding for that season. The livery is special, and accurately captured. Although oddly, TAA is on the roof, which had been superseded by Australian Airlines. 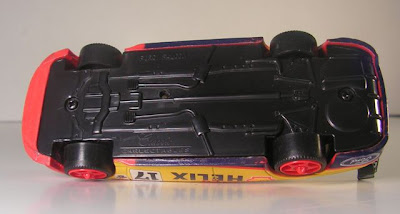 The baseplate is not accurately detailed, but the model does sit well, with  a good racing stance. The spoilers are accurate to this car, and although there is no interior detail, it is a nicely presented car. From Classics infamous 'brick' range, the model features dark glass and no  interior. This enabled this range to be offered at a lower price point than other V8 supercar models. When new the car retailed for $33, and they can be found on ebay at around that price, or lower.

Packaging is colourful, and nicely displays the car. This model is not as famous as the Tru Blu XD, but as his final car, it is a must have and deserves a place in a Dick Johnson collection. Now to the all important rating.
Classic Carlectables - Dick Johnson V8 Supercar Ford Falcon - Qld 500 2000