I think it is no secret among my friends that the XABC Falcon Hardtop is my favourite car, and as such, I have attempted to acquire as many diecast examples as possible. I would like nothing more than to have a 1:1 scale Black XA GT version to gaze at. Not even drive, just admire as art. One of my favourite versions is an older Trax, TR10C - the XC Falcon Hardtop Bathurst Edition, in black and gold. 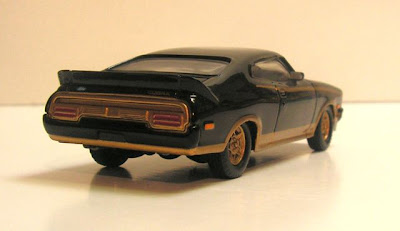 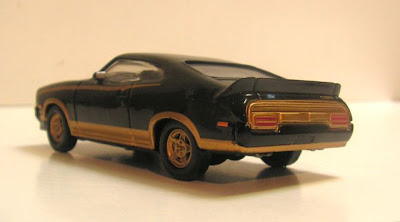 This particular diecast car was a surprise when it appeared, but why did it appear ? The answer is in money. What could Trax do with the XC Cobra casting after doing a run of road Cobras, and a run of Moffat Cobras ? This was the answer. It is simply the Trax XC Falcon Cobra with a different paint job, or in scale model parlance - a recolour. 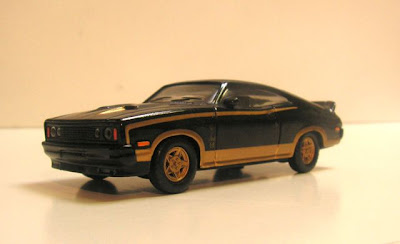 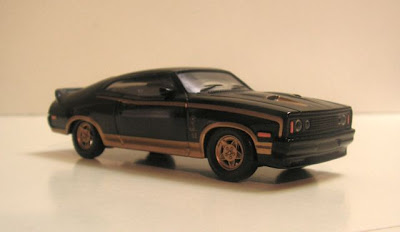 In my opinion it looks better than the Cobra. I dont know why, as I really like the Cobra paint scheme - striking blue stripes, with a tiny contrasting stripe highlighting the change between blue and white, stark white body, muscular mag wheels. The shape of the car adding an extra element that is undeniable. An artists canvas that needs no paint to draw an admiring eye. 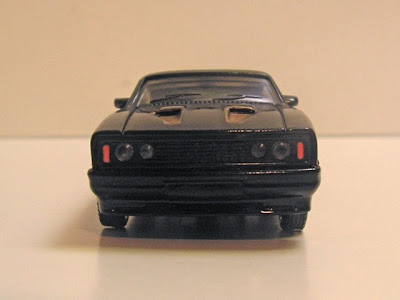 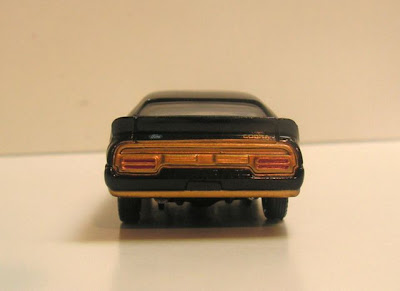 The model itself is nicely delivered, with very good quality paint, accurate representation, and good detail for the era in which it was made. Trax sometimes has problems in the grille area, but not in this model. The XC grille, strongly influenced by the Ford Granada, added a modern touch to the last of the XABC line. Trax capture it well. The headlights also look accurate, which is sometimes difficult n 1:43, even on recent releases. Interior detail is not high, but  in the price bracket, not unusual. 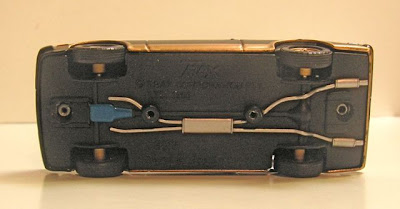 Not  detailed, but enough to satisfy when you briefly flip it over. 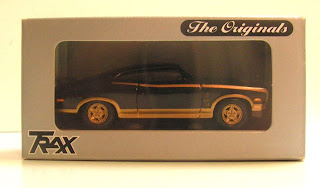 Packaging is the older Trax style, which I prefer to the modern style. Sadly Trax has recently returned to wire ties on their Opal range, but thats a subject for another post. Now to the all important rating: