Recently I discovered a new three inch diecast model being sold in my local petrol station. Some research indicated that it was manufactured by a company called Kaiyu, for a Mexican brand called Gashaball. Read that post here.

Kaiyu appear to be a brand of diecast cars in several scales, manufactured by the Shantou City Kaiyu Industrial Co in Guangdong, China.  They also manufacture plastic bricks similar to Lego and remote control toy helicopters. My main interest is only their diecast cars.

The sub branding for the Kaiyu diecast cars appears to be Rongda. The scales that they manufacture in range from 1:12 to 1:87, and include construction equipment and trucks. 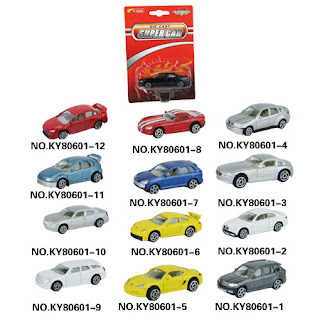 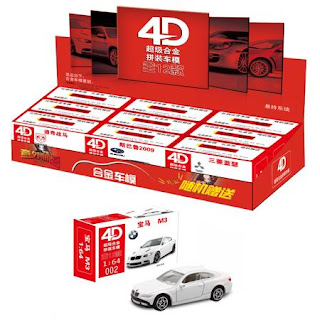 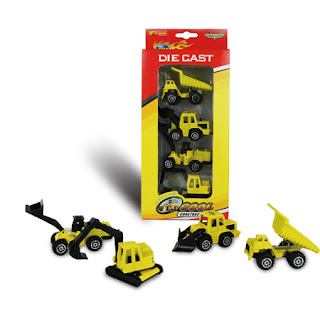 Construction Machines - I cant determine if this carries a sub-brand 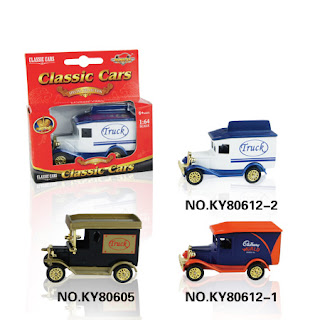 At this stage the only cars I have actually seen are three of the Supercars range being sold in Australia under the Gashaball Supercarz range. The quality of these cars is very good. The casting is crisp, the interior is well moulded, it carries clear glass and a multi-strike tampo printing at the front and rear. The tiny badge is distinct. Only the wheels detract from this being more than a kids toy. This is a casting good enough to be in the Matchbox line.

If anyone has more info on the Kaiyu range of diecast, please leave a comment. 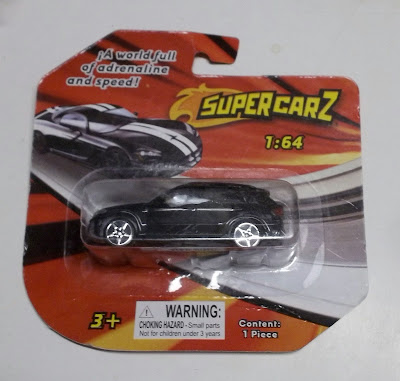 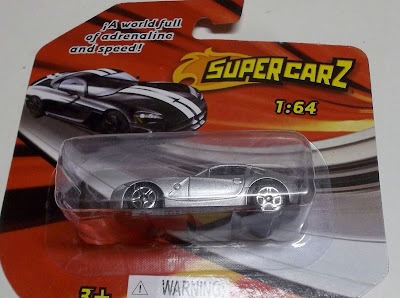 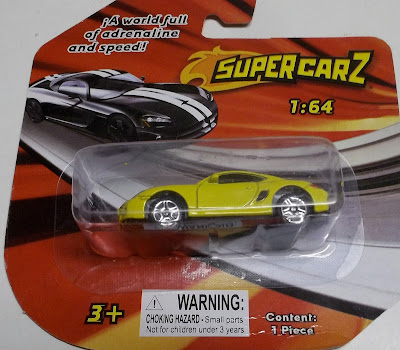 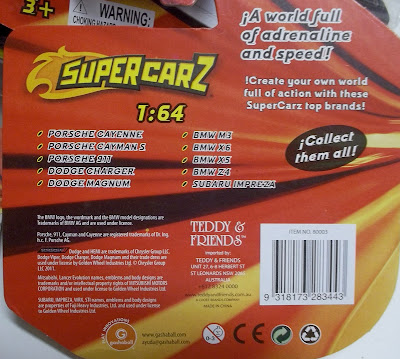 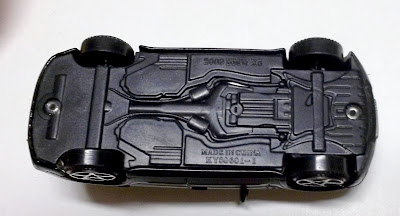 Collectors are not hoarders and they don't require intervention


Over the festivus break I visited my Mums place. She has Foxtel - hundreds of channels and several devoted to 'lifestyle'. One of the shows I watched was an English TV show that has this unique plot:
The episode I watched had a nerdy Irish guy in his late 30's. He lived on his own in a medium sized three bedroom home, with an attached garage. He collected the following:

There were no doubt other themes in his collection of collections, but it was a one hour show, and with the endless recapping to address our limited attention spans, they only went with this subset.

His home was neat, not overly cluttered, and not a 'hoarders house' with fossilised cats under piles of ten year old newspapers (There are other TV shows that specialise in this voyeurs delight).

His sister, who didn't live with him, had contacted the TV producers. While her brother was at work they entered his home and cleaned it out. The burglars and his nutty sister did a tour around the home pre-burglary, and gasped at his nerdish obsessions. Tut tutting at a pointless original 1970's Kenner 'Millennium Falcon'.

Mr Collector then arrives home - and is 'surprised' by his helpful sister and the TV crew. They then showed him around the newly burgled, sorry, emptied home. A smarmy orange tanned presenter made merry japes while this poor guy just looked at room after empty room, dropping his jaw and gasping for air.

The collector was clearly stunned, possibly in shock. Acutely embarrassed. His sister kept saying things like 'I dont know why you want the wee car, you never drive it' and 'what does anyone need 3000 comics for'. She was an unfeeling, interfering busybody. The poor guy just agreed with everything this pair of idiots proposed. He was probably too embarrassed. His sister was relishing the whole event.

The poor collector managed to keep a few of his most cherished items, but the rest were sold. Here is where it becomes even crueler. The whole premise of the show is that by clearing out this hoarders house and ridding him of his stuff, they will help him - with cash - after selling his collection. he had a 'dream' (according to his sister and the producers) to visit the magical United States of America. By selling his collection they would help him realise this dream. Except they didn't.

These idiots carted his collections from Northern Ireland to some obscure middle-of-nowhere in England auction house and presented them to the public. The prices achieved were laughable. Why? Because they were auctioning collectibles to the general public who had no knowledge of or interest in the actual items, they were simply after bargain toys. Possibly to resell on Ebay. If the TV producers had any integrity they would have taken the items to a specialist auctioneer, like Vectis.

The cruel irony - they raised barely 300 pounds. His collection gone, and not enough cash for a trip to the United States. He now goes home to an empty house - with only 300 pounds to show for a lifetime of collecting. His sister had a good time though - and hey she's been on the telly!  The TV presenter asked him if he had 'enjoyed the show'... he said 'yes, it needed to be done'. Im sure that was not his true belief, but hey the TV cameras are rolling.

He should have called the police when he arrived back at his empty house, had these thieves arrested and a restraining order placed on his sister. I wonder how this man feels, now the dogs have barked and the TV caravan has moved on.

Collectors are not hoarders, and they don't require intervention. Especially from TV producers. If you seriously believe someone has a debilitating hoarding illness, contact a mental health professional - not a TV show.
Posted by D.C. Haas at 8:56 PM 4 comments: