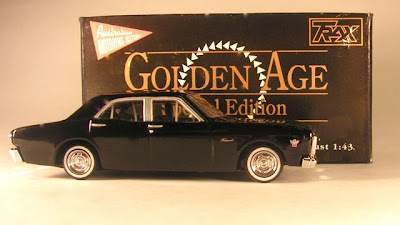 Top Gear on occasion offer special models for members of their various clubs, over the years. One of those examples is the car featured here. The TR9S XR Ford Fairmont in Black from 1994. This car was a special edition for Foundation members of the Trax Golden Age Club, and only 3500 were made. 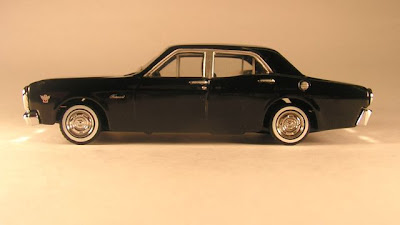 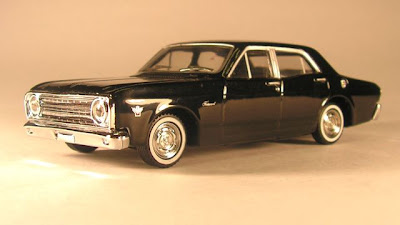 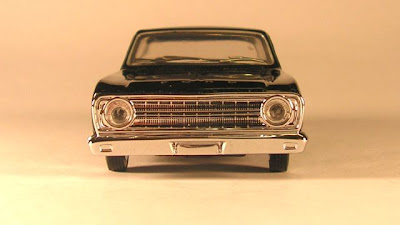 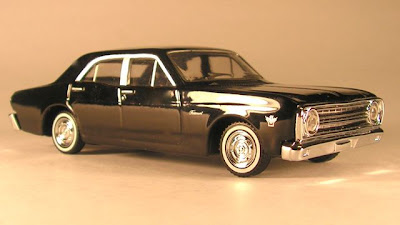 The constant procession of late 60's Fords - especially GT's - from Australian diecast manufacturers means that there are few cars in any colour combination that have not been produced. In 1994, there was still no real competition for Trax, and this car reflects that. The body is a little inaccurate, especially around the front, and the rear. The turret looks OK, but the B pillars are too wide. 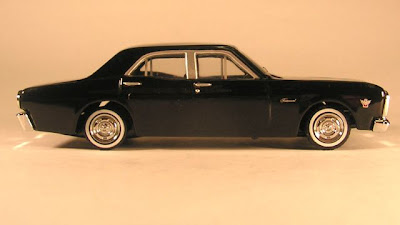 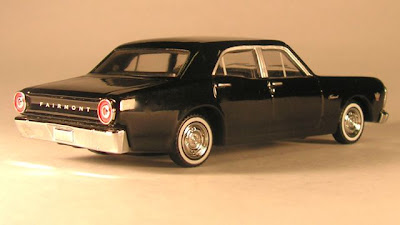 The wheels and tyres are typical of the early 90's era for Australian diecast. Far too narrow and not to scale at all. However, whoever designed the car in this livery had a good eye. The gloss black and whitewall tyres do work well. 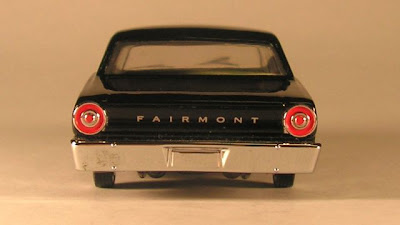 There is a rare variant of this car with the tampo 'Fairmont' on the bootlid printed upside down, its not known how any of these exist. 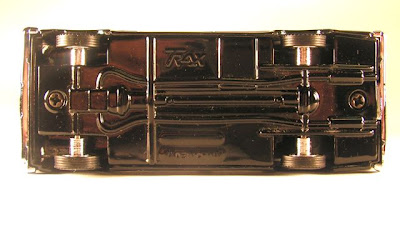 The base of this car has very little detail. 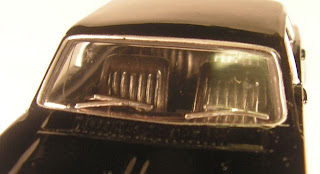 The interior is colour coded to the rest of the cars theme, and is reasonably detailed. the seats are textured and the dash and instruments are represented. 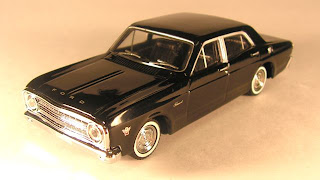 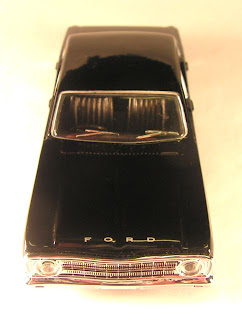 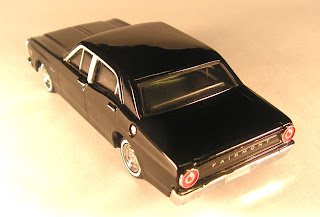 Anyone who acquires this car and expects the quality of a 2011 produced car is deluding themselves. The accuracy and heavy detailing is reflective of an earlier era in diecast car design. Having said that,  it is a scarce and attractive model which does actually look pretty good.
To the rating:
Trax TR9S XR Ford Fairmont