This was originally written for the second issue of 'Detail' magazine, but bumped due to inclusion of other articles (to be fair, there were three articles on Revolution model cars...).

Revolution Models Holden Hurricane and Torana GTR-X
Longtime collectors of Australian diecast cars are aware that compared to just a few years ago, production numbers of 1:18 and 1:43 cars are down considerably and few new castings are appearing. Where the diecast companies routinely churned out 10 thousand plus of any particular casting, that is not the case right now. Production numbers of new releases are often only a few thousand in 1:43 and less than a thousand for 1:18 scale cars. With low numbers like these, the business case for new model tooling isn’t there. Is there a solution?
Yes - there is still a market for new Australian market cars that can be fed by delivering new designs to the collector market place, but it requires the use of a material that has historically been used by model car builders – resin. Technology developed by European and Chinese model companies has recently been adopted by Australian model makers, and now we are seeing small runs of cars being produced that may never be produced in diecast form. 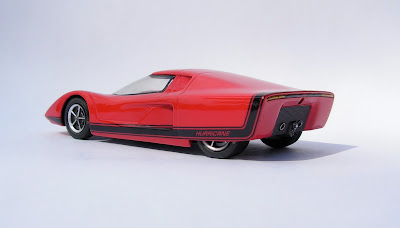 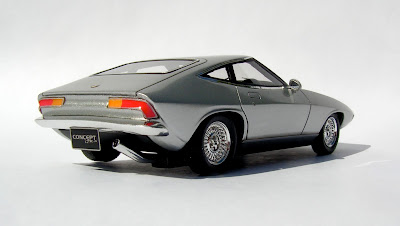 Taking advantage of the skills developed in crafting diecast models, the lower tooling costs for resin models, and the higher quality that resin models can deliver, several new companies have appeared offering limited edition cars, mainly in 1:43 scale, in resin only. Models56 and Trax (with their Select range) have now been joined by a new company with an experienced Australian model maker at its helm – Revolution Models.
Anthony Hanna, a freelance model maker who has been making models of Australian cars for many years, operates Revolution Models. If you own any Trax cars it’s likely that you already own some of his work. The first model he designed was the Dinkum Classics 1:43 VL Walkinshaw Commodore. He has also modelled several cars that have appeared under the Models56 range, but has now struck out on his own producing limited edition, highly detailed resin cars as ‘Revolution Models’. 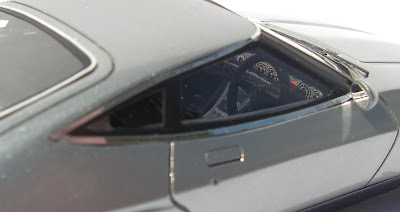 Revolution Models offer very highly detailed models
Anthony started Revolution Models in late 2010 with the 1:43 Captain Nitrous FJ (reviewed in the last edition of Detail). He sells some cars through the Models56 website and appears at car shows selling his models. He plans to setup a website soon, and is also keen for retail outlets to contact him.  Although Revolution is currently producing limited edition resin 1:43 models, Anthony would like to move into producing diecast cars, but wants distribution through retail outlets before that occurs.
When I asked Anthony if he felt that collectors would appreciate the high quality models, he said that initially collectors find the high price a bit of an issue, however, when they compare the much higher quality that can be achieved through resin, they appreciate the reason and can accept it. The models are marketed as premium items, in quality packaging and with detailed booklets and certificates reflecting that these are very limited edition (around 500 of each) models. 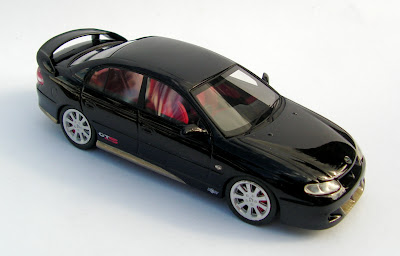 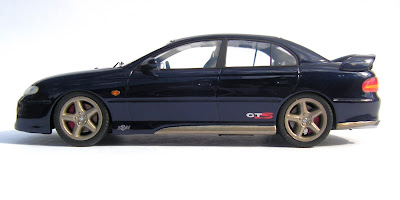 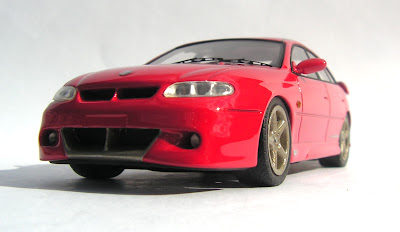 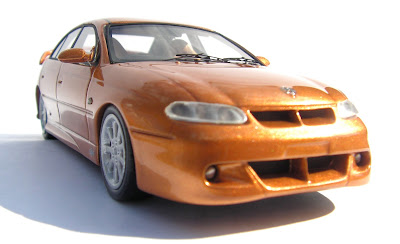 One thing that is certain is that Anthony wants Revolution Models to steer away from mainstream model cars, and offer unique premium models. Revolution are looking for the gaps in the Trax/Biante/Classics range and plan to fill them with small, limited edition high quality models. Anthony indicated that Revolution wasn’t just looking at Australian cars, but also overlooked cars from other parts of the world - especially specials and prototypes. Although these models will be in 1:43, Revolution is also planning to offer truck models in 1:50 scale.
This is a strategy that just might work. Cars currently in planning are the Tank Fairlane, the Buckle Mini Monaco, the Bristol 603 and one very desired and famous late 60’s Australian racing car – which I cannot reveal – but will definitely buy! 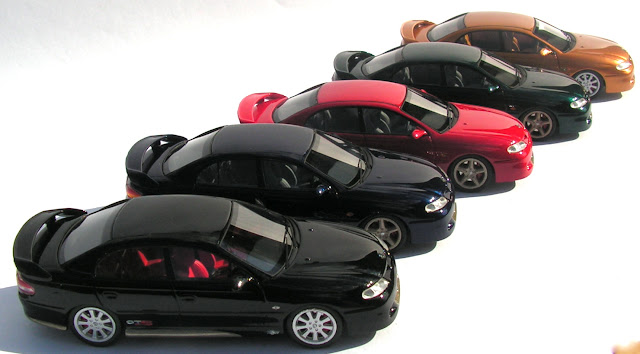 Revolution Models has just released the Torana GTR-X in its mid 80’s paint scheme, the Holden Hurricane in luscious red and a range of Clubsport, GTS and SV99 VT Commodores.
Prices and Production numbers
Torana GTR-X is $90 with only 500 pieces made
Hurricane is $120 with only 500 pieces made
Clubsport, GTS and SV99 Commodores  $85 each with only 100 pieces of each car made
You can contact Revolution Models by email anthonywhanna@hotmail.com or by phone 07 5522 4741.