Im not sure if there was a January meeting, but this was the first Canberra Model Vehicle Collectors Club meeting I have attended this year, and tonights theme was 'colour'.  It was a well attended meeting with over ten people present and lots of discussion about recent diecast bought or seen.
As well as cars on display, some trading took place and new cars were shown off. I have to remember to take three Hot Wheels falcons to the next meeting. Louie the Volkswagen tragic had a neat Wiking box set with three Volkswagen Beetles, some little plastic people and a round tobacco tin shaped garage, all in a nice presentation box - scale about 1:87. Another person had a lovely 1:43 Dinky Tucker Torpedo. 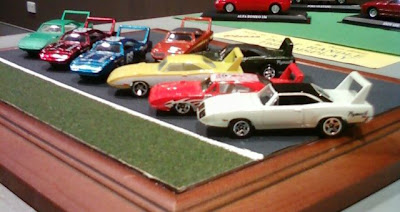 Hot Wheels 1:64  Plymouth Roadrunner Superbirds and Dodge Daytonas.
I thought about the theme and selected the Hot Wheels Winged Warriors as I knew they would make a colourful display. This year the winners wont be announced until the end of the year. So I dont know who won Februarys comp.
After my embarrassing displays last year, over the festivus period I created a base to display my diecast efforts on at the CMVCC meeting this year. Its a picture frame with the glass replaced with a sheet of MDF with sandpaper and railroad grass glued to it, and a white line painted between the sandpaper and grass. It's supposed to look like a road with a grass verge. I used the same grass on my diorama of the diecast wrecking yard. Although I thought this would be simple to make, it wasnt. but I am pleased with this result - although I may make a second improved version if I have some spare time. 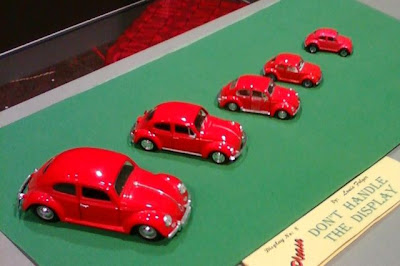 Red Volkswagen Beetles in a range of scales 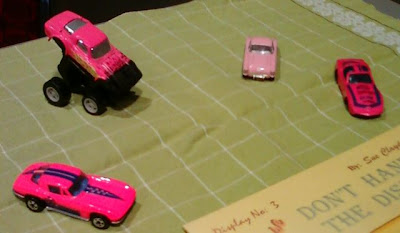 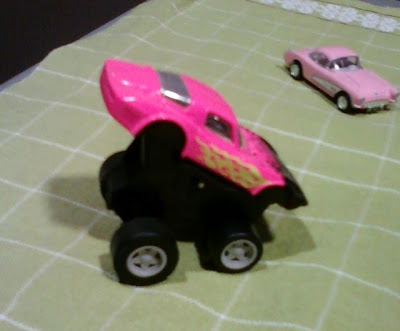 This is a Matchbox Corvette! 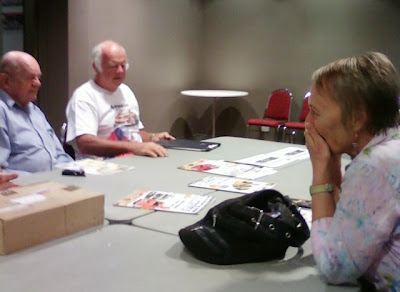 Discussing important diecast events like a car advertised as 1:43 is really only 1:42!
At this meeting the themes for the rest of the years displays were discussed. The themes I remember are:

Being February, dues were also due. I received a member ship card and a warm feeling. There were several recent diecast magazines to pore over while people chatted, and I also asked dumb questions which were answered well. I learn something new at every meeting.
The highlight of the evening for me was P76 related - I was given the details of the AFP constable shown standing next to the P76 used as a police car, in the photo used in Hal Moloneys book on the Leyland P76 several years ago. I plan to follow this up.
The next meeting will be at 7.30 PM on Monday 7 March at the Eastlakes Club in Kingston.
Posted by D.C. Haas at 4:55 AM