Sometimes you open a box and look at a diecast model car and you just know you love it. That's the reaction I had when I opened the box this car came in. The Trax TO05B Ford Falcon XB GT sedan is a beautiful model - well executed, highly detailed, fantastic paint. Because of the opening parts, some of the fit between panels is a little heavy, but I think its a worthwhile tradeoff. The opening parts on this model are: doors, boot, bonnet.

However, you will note that all these photos are of the car on its display base. Thats because although its a beautiful model, and has attractive packaging it also has highly irritating wire ties that hold the car onto the display base. I fear that I cant untie the car, and then get it back on to the base. Its a detail thing that detracts from the overall high standard of presentation.
If I was to display the car somewhere and never use the box again, I would be likely to snip the wires, but if I was to sell this model (when the black version comes out) then it would be foolish to remove the car, as it would be difficult to place it back in and advertise as Mint. 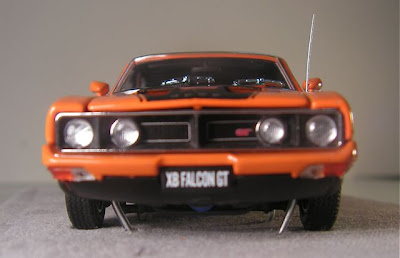 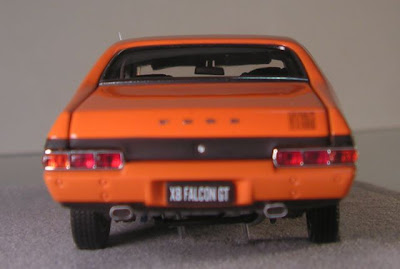 Trax have produced a great model. The paint is just flawless and the decals and period markings are all captured accurately. factory painted bumpers really add to the period effect. Even the exhaust pipe ends are accurate. Every model that Trax puts out is incrementally better than the one before it.

It is my opinion that the XA-B-C series of Ford Falcons were the high point in Australian automotive design. I know the dynamics weren't great (as I own one) but for sheer excitement - the shape of the cars and sound of the 351 V8 have never been equalled. Trax have done a great job with this casting, neatly capturing the shape of the car and the stance.

As part of the Opal range, Trax have upped the detail and added opening doors, bonnets and boots. The interiors have been improved and engine bays added. This brings Trax back into competition with Biante and Classic Carlectables. Its not just the Opal range that shows improvements, you see this high level of detail trickling down into the regular Trax line. 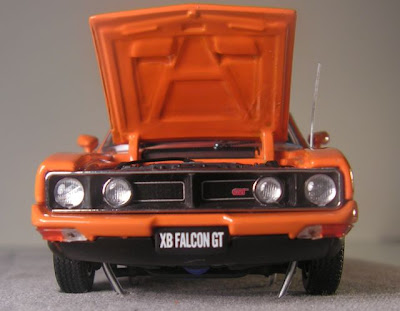 Even underbonnet stampings are factory accurate. 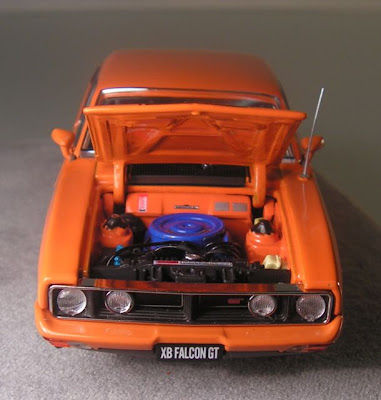 Beautiful little 1:43 scae 351 cubic inch Cleveland V8 engine and detailed engine bay. The aerial may be a little thick, but its there, as are compliance plates on the firewall and a selection of period engine bay decals and stickers. 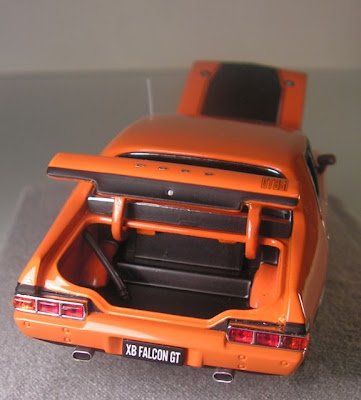 Boot opens, and it has the rubber mats, the filler pipe and accurate dimensions. 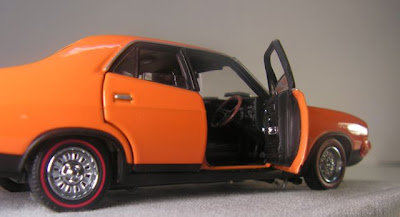 Trax have an accurate dash, with tiny instruments and a rimblow steering wheel. Door cards look good as well. I half expected the window winders to work! 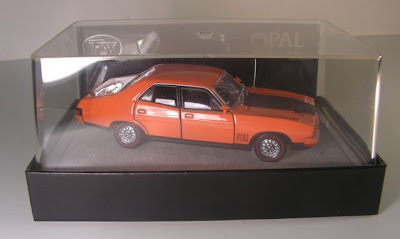 If you don't remove the car from the wire and display it elsewhere, then this is how the model looks in the Trax packaging using the nice plastic box. 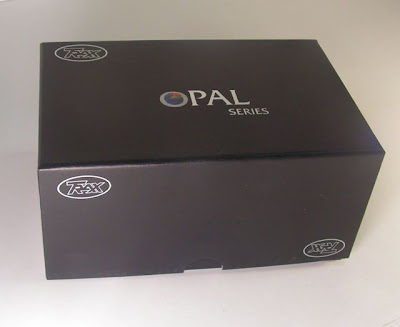 To the ratings. Trax have produced a very attractive model of the XB GT sedan and the level of detail in the Opal range is impressive. I do like the Opal packaging - apart from the wires. Trax - please find an alternative.
Ratings